Jared Boone of ShareBrained Technology gave demonstrations of his new PortaPack H1 at the DEF CON 23 Demo Lab. I joined him at his table to help talk with people about the add-on for HackRF One. 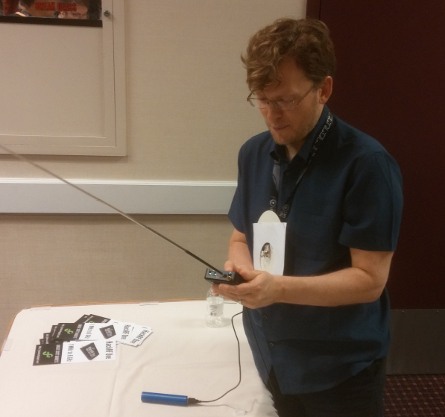 PortaPack H1 turns HackRF One into a portable SDR platform. With an LCD, navigation control, and audio input and output, the device can be used as a handheld spectrum analyzer and can implement a wide variety of useful radio functions. A microSD slot on the PortaPack can be used for waveform or firmware storage, and a coin cell keeps the real-time clock and a small amount of configuration RAM going while the device is turned off. 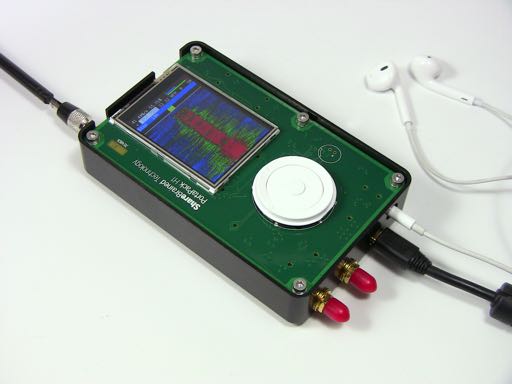 Of course, the hardware designs and firmware for PortaPack H1 are published under an open source license. Jared has done an amazing job of implementing SDR functions for PortaPack that run entirely on HackRF One's ARM Cortex-M4 microcontroller.

To use PortaPack H1, you'll need a HackRF One, and you'll probably want a USB battery pack to make it a fully portable solution. Another popular add-on is the beautiful milled Aluminum enclosure for PortaPack. Jared provides a ShareBrained Technology guitar pick with every PortaPack H1. It is the perfect tool for opening your HackRF One's injection molded plastic enclosure prior to PortaPack installation.

There was a wonderful moment at the Demo Lab when Jared tuned his PortaPack to a frequency being used by Ang Cui at a nearby table. Jared's PortaPack was plugged in to a small speaker, so we could all listen to the AM radio transmission originating from a printer at Ang's table. The printer was physically unmodified but was running malicious software that transmitted radio signals with a funtenna! For more information about Ang's implementation, visit funtenna.org.

My First Look at rad1o Badge 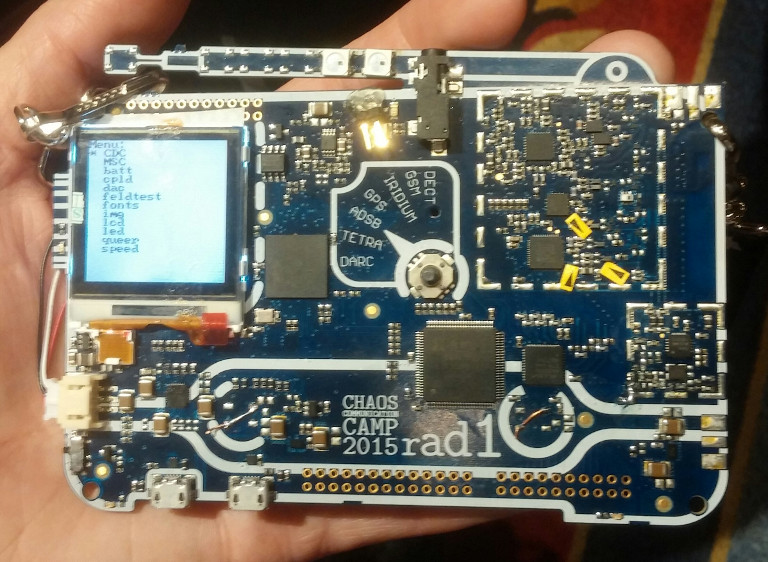